The Assange Indictment: Threat to a Free Press?

Last May, WikiLeaks leader Julian Assange was indicted on 17 EspionageAct violations resulting from his procuring and publishing classified documents from Bradley (now Chelsea) Manning.  These charges superseded an earlier indictmentwhich alleged that Assange assisted Manning in cracking a computer password in violation of the Computer Fraud and Abuse Act (CFAA).

While the earlier indictment might have been a worrisome indicator of a more aggressive approach towards the likes of Wikileaks, most commenters considered its impact on journalism minimal. Trained journalists with a basic knowledge of media law know better than to actively violate the law during the newsgathering process and instruct a source on how to crack a password.

The new indictment generated a bigger dust cloud, as the charges related to Assange soliciting and publishing classified information. These activities are central to what many national security reporters do, and therefore press advocates considered the latest indictment to be an attack on journalism.

Upon the release of the newer charges, officials from the Justice Department had attempted to pre-empt these concerns by stipulating that they did not consider Assange a journalistbecause of the reckless way he published information (unedited data dump, without redacting names of intelligence sources in the field). They also stressed that the department had not and did not plan to prosecute journalists. However, these statements did little to alleviate the fears of media advocates.

The objections were manifold, but broadly summarized boiled down to the following argument: in essence Assange did what many journalists do on a daily basis- solicit information from people who are not supposed to pass it on, and publish it. Stories about the CIA’s Drone Programor the NSA Secret Wiretap Programrelied on these very practices and would not have been possible if reporters could not prod sources for secret information and publish it. While these journalists may follow different procedures and have different ethical standards than Assange, legally that distinction would be difficult to make. Moreover, we do not want a system in which the courts or the Department of Justice get to decide which practices constitute “proper” journalism and which ones do not.

However, journalism has little to win by rolling the dice on this issue in the court system because journalists have never been prosecuted under the Espionage Act anyway. Not because it is 100% clear that this would be unconstitutional, but because journalists have been considered more or less off-limits in this respect. No administration wants to jail reporters (bad optics) and all have subscribed (so far) to the adage that democracy requires a free press that can publish information against the will of those in power. In other words, the indictment does not fly in the face of established First Amendment doctrine, as much as it violates a more or less established norm. (Again, the Department of Justice would object to this characterization since it does not consider Assange a journalist.)

In short, the fact that members of the media have never been prosecuted under the Espionage Act is the result of tradition, not established jurisprudence. For the longest time, even leakers were left alone as government officials considered leaks little more than nuisances that came with the territory.  During the Bush and (especially) Obama administrations this changed, resulting in a record number of leak prosecutions. The Trump administration has continued this trend, raising concernsthat fear of prosecution might limit sources’ willingness to talk the national security reporters.

Occasionally, journalists have been caught in the cross hairs of these investigations and have been labeled as unindicted co-conspiratorsin order to get access to their email and phone records. In light of statements made by Attorney General William Barrand President Trumpnot ruling out jailing journalists publishing leaks, some see the Assange indictment as a crossing of the Rubicon in the administration’s war against the press.

During the Obama administration, the Department of Justice also considered bringing Espionage Act charges against Assange, but ultimately decided against doing so because of the “New York Times problem.” Justice Department officials told the Washington Postat the time: “[I]f you are not going to prosecute journalists for publishing classified information, which the department is not, then there is no way to prosecute Assange.”

It is worth pointing out though, that the Department of Justice did not follow the same logic of if-you-prosecute-one-you-have-to-prosecute-all when it came to prosecuting leakers. It prosecuteda selectfew to send a messageto the rest that leaking would not be tolerated. The ones who were prosecuted often were low-level employees without much clout or connections.

This logic is also not followed by the current Department of Justice, which has drawn a clear distinction between Assange and traditional journalists, and has not prosecuted the latter. No media organization has been indicted for publishing the information Manning leaked.

The fact that recent administrations of both political persuasions have become more active in prosecuting leakers might be closely linked to the advent of big data. In a brilliant article, David Pozen argues that leaks, even non-sanctioned ones, serve a function, not only for the media, but also for the government. Despite their perfunctory decrying of leaks, government officials understand that these alternative ways of information dissemination are crucial to a healthy democracy and their legitimacy.

But this tolerance is predicated on a certain level of responsibility by members of the media, who will usually consult with government officials about what they are going to publish and will leave out information they believe could put people in harm’s way. Carl Bernstein has arguedthat this approach has proven to work: “The record of the press, you know, is really quite good in protecting real genuine national security secrets which we often know about.” Unedited data dumps of hacked information by organizations with an anti-American agenda risk disrupting this balance and reduce the incentive for permissiveness towards leaks. Julian Assange might have done just that. In recent years, the New York Times has lowered the barwhen publishing classified information, after observing that there seemed to be no legal consequences for Wikileaks. Perhaps, this indictment is an attempt to lift the bar up to where it was before.

The arguments used by critics of the Assange indictment tend to be utilitarian in nature and spell out how this indictment will lead us down a road where articles such as the one exposing the NSA wiretap program will no longer be possible. But a proper utilitarian calculus requires that all possible stakeholders are considered, not only the journalistic profession. And some of the arguments put forward by critics of the indictment lose strength if they are weighed against other considerations, such as national security in a time of data hacking and data dumps.

Moreover, some claims by indictment’s critics warrant closer scrutiny. Is it really impossible and legally treacherous to distinguish the conduct of responsible news reporters from the reckless publishing of massive amounts of data without regard for ethics? Assange has writtenthat publishing leaks is a means to disrupt and eventually destroy a government (and for WikiLeaks this mainly meant the American government). Is it impossible to legally distinguish this intent (if it can in fact be established) from the intentions with which reporters publish leaks? Although a complicated legal issue, intent does matter in establishing guilt under the Espionage Act.

The issue of soliciting classified information is more complicated; it is harder to draw a line between Assange’s alleged conduct and that of journalists courting sources and hinting that they would be interested in a specific piece of classified information. The use of encrypted communication and attempts to conceal Manning as the source are used as evidence of a criminal conspiracy in the indictment, yet these are practices that numerous journalists rightly engage in.

But here as well, a distinction should be made between a reporter who solicits information on issues related to a specific story or a particular area of interest, and Wikileaks’ issuing a “Most Wanted Leaks” lists of bulk databases and military and intelligence documents it wants. Superficially these may seem similar, but in a time when hacker collectives can access private emails of Sony executives or Hilary Clinton’s campaign chair’s emails, we should consider the societal cost of fueling and incentivizing massive hacks and security breaches.

Soliciting information falls under newsgathering, and unlike publishing, this activity is protected to a far lesser degree -if at all- by the First Amendment. Some scholars believe that the First Amendment does not protect active solicitation and collaboration with sources to provide reporters with classified information.

Eugene Volokh, for example, arguedthat soliciting classified information might very well be criminal: “Solicitation of crime … aiding and abetting crime by providing instrumentalities for the crime, and conspiracy to commit a crime are rightly punishable, and I don’t think that the answer should be different when the crime is an illegal leak of information (however newsworthy that information might be).”

But just as is the case with publication of classified information, prosecutors have showed no inclination to prosecute journalists engaging in this behavior. They would rather go after the leakers themselves, destroying lives and careersin the process, while journalists face no consequences.

As a society, we have benefited from the fact that American journalism has been able to collect and publish government secrets. But in the era of big hacks and big data, the calculus has changed and there is no guarantee that permissiveness towards leaks and their active solicitation will lead to the greatest good for the greatest number of people. Responsible journalism, complete with the collection and vetting of information with the public interest in mind, will always serve the greatest good. Soliciting and publishing massive data troves in order to destabilize existing power structures won’t. The press should use the Assange indictment as a way to make that distinction instead of muddling it. 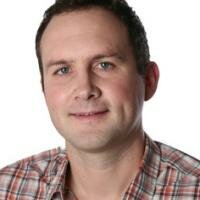 Is Big Data Corrupting the U.S. Election Process?
Is Your Use of Cloud Services Heating up the Earth?
Self-Driving Car Ethics
From the Newsroom to the Television screen: the blurred line between news and entertainment
END_OF_DOCUMENT_TOKEN_TO_BE_REPLACED